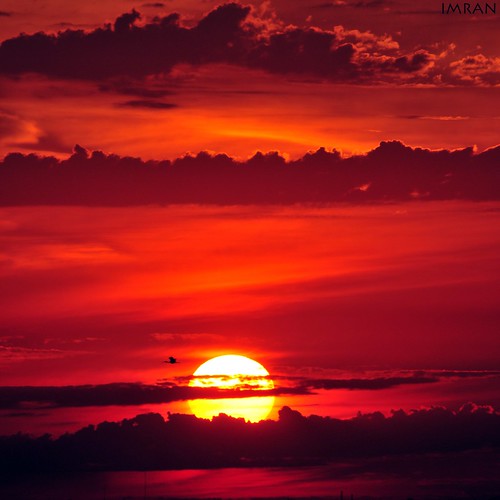 A beautiful bird, shocking pink in real life, but appearing black in silhouette against this absolutely perfect sunset, flies by as another day of our lives flies by.

The original SOOC (straight out of camera) Nikon D300 image was taken handheld at 450mm eq zoom, converted in FaceBook and cropped square (to fit the darned Instagram format where I do not want to use their filters).

photo, taken at sunset tonight, shows how big these things are even though while boating they can be hard to spot

Oh, B(u)oy! Buoy 36 is actually supposed to mark the marine channel in the Great South Bay about half a mile away South of my beach, midpoint between my home and Davis Park & Watch Hill on Fire Island. It is the buoy that I have used as a reference point hundreds of times while boatingin the last 20 years, to turn from the main channel towards my home and marina.

During a recent windy day it appears to have become dislodged and floated its way to the private beach at my home community. This WindowsPhone Lumia 1020 photo, taken at sunset tonight, shows how big these things are even though while boating they can be hard to spot in the distance. Hopefully no boaters are using it for late night navigation or they will definitely run aground to shouts of “Oh, BoyI Oh, Buoy! Oh, $#!^!”
– Imran Anwar
Great South Bay
April 21, 2014.

I mutter my eternal thanks to God. 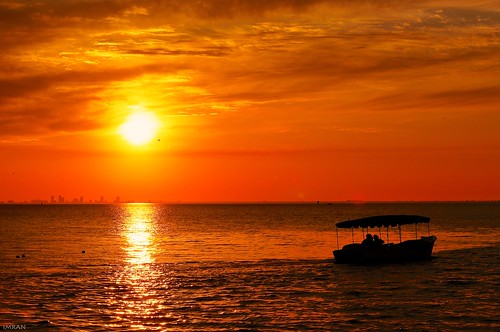 Take a setting sun even on a cloudy and darkening day which is grudgingly coming to an end.

Add some layers of clouds meandering about their short-lived hours of existence, as a bird flies by to nest for the night.

Mix in a boat with sunset worshippers caught in silhouette, as I watch from my blessed home, and you get another stunning magical moment, another memory, another blessing to lower my head in gratitude for, as I mutter my eternal thanks to God. 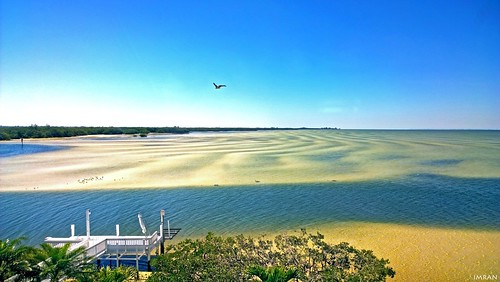 A majestic Osprey that nests on my neighbor’s chimney takes off over Tampa Bay to hunt fish several times a day.

This spectacular moment was captured with my Lumia 1020 WindowsPhone as the low tide made the flats expand in front of my eyes.

With the Osprey soaring above Tampa Bay, I was reminded of the place I bought my Kayak, called Osprey Bay.

..despite being eligible for the new iPhone 5 upgrade from AT&T, I did not see any compelling reason to buy this one..

By now everyone has probably seen the news about Apple‘s recently launched iPhone 5S. Even as an old time iPhone fan, I had stopped buying new ones since the iPhone 4S. The iPhone 5 had not given me any compelling reason to buy one either. Ironically, in that period of time, even as an old time Mac user and past critic of old versions of Windows, I joined Microsoft.

I did not immediately get a Windows Phone (even though I was losing out an employee discount) and waited until the phone I really wanted came out….. The Nokia Lumia 1020 WindowsPhone 8, with its 41MP mind-blowing smartphone camera, which I bought without a discount or employee rebate. I still kept and use my iPhone 4S, because of the many apps I had bought over the years, and music that is tied to iTunes/Apple at present.

I was very hopeful for a truly innovative iPhone 5S, because, even though Apple’s phone is now a direct competitor to my employer’s recently acquired smartphone business, I believe innovation at one leading competitor benefits us all, as others have to work hard, invest in innovation and build great devices and services around them.

But, try as I might, despite being eligible for the new iPhone 5 upgrade from AT&T, I did not see any compelling reason to buy this one, at least yet, while my 4S is working fine. The only thing that I found of some interest was the fingerprint reader Apple built in, based on a company it had bought not too long ago.

I have always been a fan of natural interfaces or input devices.

Ironically, my first fingerprint reader was actually a Microsoft branded one I bought for one of my PCs in the days I was a big time Mac fan.

A few years ago I discovered Authentec‘s USB readers and bought several, especially as they could work on my Macs and my PCs.

Some time later their prices dropped drastically and I found Apple had bought the company. So, predicting that the next generation iPhone would have fingerprint capability was not a leap of genius.

However, I have to say my experience with the Authentec USB pluggable fob readers was frustrating, to the extent I do not use them anymore. Sometimes it would take half a dozen attempts of aligning the finger, the reader and Jupiter with Saturn before it would accept the print. I found simply typing in my complex password took less time and frustration.

Ironically, now that my current position is with Microsoft, I am happy that the technology is becoming more mainstream even if launched by a competitor. Such wide distribution of technology features leads to a greater pressure on everyone to improve the technology. (Remember how frustrating BlueTooth was early on?).

I have a fingerprint reader built into the new Lenovo Windows 8 (now. 8.1 🙂 ) laptop I got earlier this year, and it works smoothly, quickly and without trouble (so far!).

So, I am hoping to see more of that technology in other laptops and smartphones. Let the new game begin…. Touch And Go (Innovate!).

As the year drew to a close, by the grace of God, it appeared that the number of ups was up, the number of downs counting down, like the hours, and minutes, to the end of the year.

SOOC Image Straight Out Of Camera!! NO editing, tweaking, or color processing of ANY kind. Only framed & titled in Photoshop..

There were few who were not impacted by the (few) ups and (many) downs of the last few years.

As 2012 drew to a close, by the grace of God, it appeared that the number of ups was up, the number of downs counting down, like the hours, and minutes, to the end of the year.

Though the global economy, the nation, and my own personal challenges had not fully come back from the edge of the (fiscal) cliffs, there was a sense of optimism I felt like a soft but unsure sigh of relief the world wanted to let out.

Even though 2012 had proven to be a year of uncertainty initially, for the most part it seemed to be the year that also brought a turnaround, in the economy, in hope, in life, and in love. But, all in all, poor 2012 was lumped more with the terrible years of 2009-2011 that brought so much devastation and sorrow to so many.

It was then so poetically ironic to take this picture, with a very special someone coming into my life, as many new goals, destinations, and dreams also started coming back into view, as we stood, in the freezing cold wind at Montauk (meaning “The End” in native American languages, at the Eastern tip of Long Island and New York), as the cold day, and a warming but still cold year started to disappear from view….

Happy New Year, my friends, and may 2013 bring good fortune, love, life, health, prosperity and peace to all. Amen.

The Bridge To The Sun, which is the bridge to what makes our lives possible on earth, which are the bridge from when we are born to when our sun sets, and we, once born from stars, burn out in the cosmic winds leaving behind, we hope, shining images in the memories of those who love us, even better replicas of us in those whom we give birth to, and our deeds, and how we made people feel, and how we lived, laughed and loved to our last breaths…..

We can go through decades of life and the realize how quickly the days of our lives flew by. I wonder if the sun, hurtling on its own one-way ticket to burning out in the heavens one day, wonders how quickly its own billions of years of existence have flown by.

The last few weeks, months, even the year, have been a blur… of downs and ups, of sorrows and joys, despair and hope, but above all, a certain knowledge of how blessed this amazing life has been, and seeing dreams start turning to reality in front of my eyes.

An irony of these few weeks has been the destruction of the boardwalk to my beach here on Long Island, due to hurricane Sandy. The debris on the alternate path kept me from visiting the beach as much as before, so, I did not catch as many sunsets at the beach as before. Last night, well, just 5 PM EST really, I braved the really cold wind, and walking over debris fields, fallen tree trunks and treacherous piles of wood, to step back onto my home beach that I have been blessed to live at for nearly 20 years.

And, I saw the ironic imagery of how the setting sun’s burning orb colors were exactly touching the tip of the bridge 17 miles away that the Nikon D300 and Nikkor 300mm (450mm eq) lens caught even with my trembling cold hands.

The Bridge To The Sun, which is the bridge to what makes our lives possible on earth, which are the bridge from when we are born to when our sun sets, and we, once born from stars, burn out in the cosmic winds leaving behind, we hope, shining images in the memories of those who love us, even better replicas of us in those whom we give birth to, and our deeds, and how we made people feel, and how we lived, laughed and loved to our last breaths…..